USEF – EQUESTRIAN OF THE YEAR FINALIST 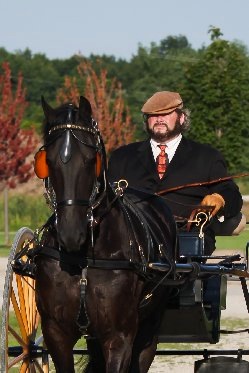 The Bill Robinson Trophy is presented to an equestrian competing with horses or ponies across all the breeds in harness or for driving performance in non-international competitions.

This is the first time Selwood has been awarded the Bill Robinson Trophy. He was also previously awarded the Norman K. Dunn Trophy.